When Sammy my eldest child was starting school, we lived in the catchment area for a public school with a great reputation. And it deserved it – the teachers were skillful and dedicated, the school was resourced, and my daughter learnt well. Our thinking was that we would send her to a Christian school when she was in high school – after all, that’s when the peer pressure and faith challenges will hit.

But then I kept noticing things that just didn’t sit right. Sammy told me that at school, you could only talk about God in Scripture, but not at any other time. Parents were asked to drop off at the gate and “helicopter parenting” was implied about anyone not doing so. “Leave the educating to us” was the strong message from the school.

At first I thought it was just me, being over-sensitive, until a Christian friend of mine told me she was sending her kids to a Christian school despite the considerable financial sacrifice that would mean for them. She had realised what I hadn’t at the time, that a secular education doesn’t have a neutral perspective, it has a secular one that leaves God out.

The rest of our lives are intentionally Christian; our decisions, lifestyles, choices, and the way we understand the world are as much in line with God’s Word as we can. But little Sammy was being sent out into a world where God wasn’t known by her teachers, His perspectives were not taught, and where there was no partnership with parents in raising their child – the educational endeavour had no place for parents.

It wasn’t just me as it turns out. CEN is a network of Christian schools across Australia – schools set up by Christian parents, to work in partnership with parents, to raise their children as Christians – with Christian teachers who teach the curriculum from a biblical viewpoint.

As a Christian worldview is woven through Sammy’s education, she is learning to see the world through the lens of the Bible. Not only does she get a great education, our school works with us to nurture her, and to help us raise her to live for God’s glory. She now feels at home when she’s at school, and we know that she is being taught the truth, by people who trust in Jesus Christ, just as we do.

For Sammy, and for our family, a Christian school has made all the difference, and we are grateful to God for it every day.

Bel Ritchie is married to John, and they have three children. Bel attends her local Anglican church and has the privilege of working at her children’s Christian school in the area of risk management. 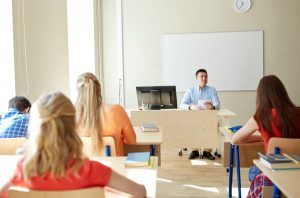 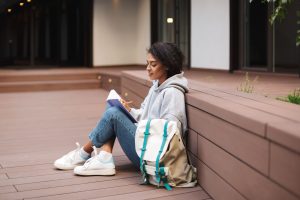