The RPSA is the College’s alumni group. Its aim is to extend the work of the College and its community by offering graduating students, past students, and past staff an opportunity to be involved in College life after their time at Rehoboth has finished.

A Steering Committee was established in early 2013 by interested staff and past students, and this group have been working diligently to make the RPSA a reality. In March 2014, the Steering Committee officially launched the RPSA Facebook page and subscription initiative. Past students and staff are now able to subscribe online to stay up to date on the Committee’s plans for a major launch event scheduled for 18 October 2014.

The Steering Committee are also looking for expressions of interest from people wishing to get involved with the RPSA by helping with the launch event, or by nominating to become an RPSA Board member and help take this initiative to the next level.

With almost 50 years of history behind us, it is the perfect time to establish a group whose purpose is to foster a spirit of loyalty, assist in the development of current students, and to promote the general welfare of Rehoboth 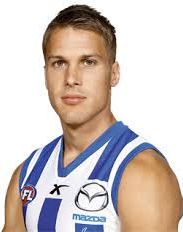 If you follow AFL, then Andrew may be a familiar face. Since 2005 he has been playing with North Melbourne Football Club, and made his debut in the No. 19 jumper in 2006 in the round 8 match against the Fremantle Dockers. In 2012, Andrew was appointed club captain, and from 2009-2013 he has played over 100 consecutive games. He has also won 3 club Best and Fairest Awards and has represented Australia against Ireland in the 2011 International Rules Series.

Andrew attended Rehoboth for his secondary schooling from 2000-2004 and represented the College on a number of sporting teams, including football, hockey, and athletics. He deferred a commerce degree at Curtin University in 2004 to pursue his dream of playing AFL, working full time while training and playing with East Fremantle in the WAFL. After his draft pick in the 2005 National Draft, he made the move to Melbourne, and in 2008 took up a Bachelor of Business in Accounting/Banking and Finance at Victoria University.

Andrew has maintained close ties with the College, marrying another past student, Elise Rogan, in 2007. He agreed to be Patron of the RPSA as a way to give something back to the College community, and feels that what he was taught at Rehoboth has helped shape him into the person he is today. Andrew has said he will be forever grateful for the positive impact his time at Rehoboth has had on him. 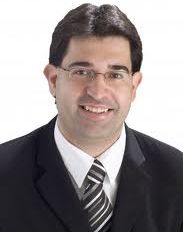 Nick is a Rehoboth veteran through and through. He began at Rehoboth in Year 1, and graduated from Year 12 in 1994. Since then, he has gone on to complete a double Bachelor Degree in Commerce and Law from Murdoch University and been admitted as a Barrister and Solicitor of the Supreme Court of Western Australia. In 2002 Nick had the distinction of becoming one of the youngest Partners of a law firm in WA history.

Not content to rest on his laurels, Nick turned his attention towards politics, and in 2008 was elected to the Western Australian Legislative Council as a Member for the South Metropolitan Region. He is currently serving his second term as Member, and continues in his role as Chairman of the Joint Standing Committee on the Corruption and Crime Commission.

Nick’s commitment to Rehoboth has seen him serve both as a Board member and as ACE President. He and his wife Jody have five children, all of whom have either graduated from, or are currently studying at, Rehoboth. Nick sees his role as a Patron of the RPSA as a way to help promote the vision and mission of Christian education and to encourage others members of the College community to do likewise.