After only their third season of playing together, the Reho Rockets have come out on top at Lakeside Recreational Centre.

Semester 1 of 2019 was a gruelling season with 10 teams in the mix. The team moved up to the under 15 division despite some players only being 12 years old. They played against many bigger and stronger players but held their own during the regular season to finish 2nd place on the ladder before heading into the playoffs.

The semi-final game saw the Reho Rockets despatch the 3rd placed Vipers with a 22-point win. This meant the Rockets had to face the strong and undefeated Stealers in the Grand Final only two days after their semi-finals win. The Reho Rockets had played the Stealers on two occasions during the regular season, losing both games by 1 and 23 points respectively. The Rockets went into the grand final being the clear underdog. 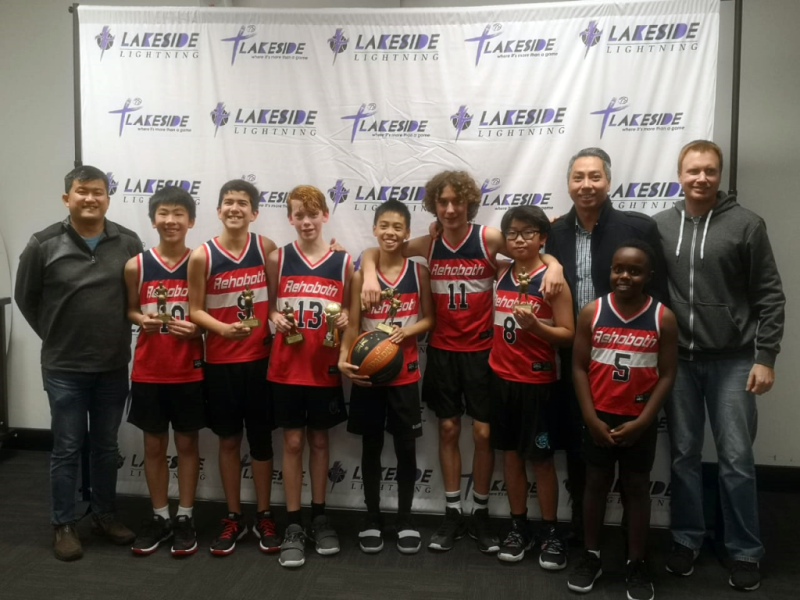 And what a grand final performance it turned out to be! The two teams battled it out all the way to the final siren with neither team yielding. During the game, two of the Rockets point guards suffered minor injuries which caused a lot of concern. Notwithstanding, they controlled a slight lead for most of the game.

With 1 minute to go the Stealers made a 3-pointer levelling the game. Not to be fazed by this, the Reho Rockets reclaimed the lead with a deep 2-pointer. This led to a flurry of time outs which resulted in the Stealers having possession of the ball for 16 seconds to either level the game to force overtime or take the win.

Defence became the key for the Reho Rockets, and they did not disappoint. With the 16 seconds left, the Stealers were only able to put up 1 heavily contested shot which missed, resulting in the Reho Rockets taking the championship win. There were tears of joy from some of the boys after the final siren.

It was a fantastic result and truly deserved. The players have all worked so hard in training each week to improve their team chemistry, skills and strength, and it’s been a thrill for me to be their coach. All the hard work paid off with a very satisfying win. Not only have the boys improved in basketball, they have developed strong friendship, teamwork and are a witness to the non-Christian community.