“Being a part of the WACSSA team was a great experience. The overall event was Christ-centred and was filled with great competition and friendly rivalry. We did not only grow closer to our teammates, we grew closer to God. Although we were the smallest state, all the competitors strived to do their best. It was great to watch everyone bring glory to God through sport.” – Gloria Kennedy 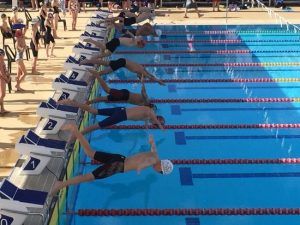 Western Australia sent a representative WA team to the second National Christian School Games which were held 18-22 May on the Gold Coast. Christian students from all over Australia competed against one another in athletics, basketball, soccer, swimming and tennis.
Rehoboth Christian College was featured strongly, with eleven of its students being part of the sixty member strong team (the smallest state at the games). Two of its staff were also selected as team officials.

Some of the highlights for Rehoboth students included:

All in all, it was a great experience for our students, and one of those rare opportunities to represent our State.