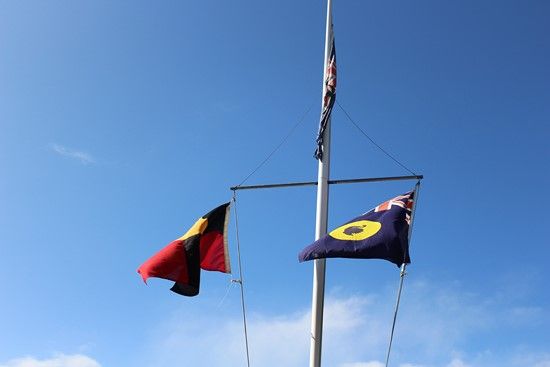 Today, a different flag flew from the pole at the Wilson campus: a red, black, and yellow one – the Aboriginal flag! Years 1-6 at the Wilson campus had assembled to celebrate NAIDOC, which stands for National Aborigines and Islanders Day Observance Committee. NAIDOC events begin during the Term 2 holidays all over Australia and usually continue in schools during Term Three. NAIDOC day or week, celebrates the history, culture and achievements of Aboriginal and Torres Strait Islander peoples.

The children took part in some exciting activities learning about Indigenous art and craft, storytelling and sports or games. The Year 6 students helped set up and run these activities.

Students learnt about traditional ways to paint during the Arts session. They learnt that Indigenous people used crushed rock and clay to make ‘paint’ and paperbark as ‘paper’, then had a go painting on paperbark using their hands, sticks and leaves. They learnt about famous Indigenous people through posters created by Year 6 students. Students tried saying a few Noongar words, which is the language of the local Indigenous tribe. We talked about the wonderful diversity in our school and the children coloured in a hand to represent their own special culture. We discussed how hand prints or stencils left on caves and other areas, often were like a ‘signature.’ Students used their own handprint to decorate a canvas to represent their houses; Newton, Tyndale and Wycliffe. Children enjoyed these ‘hands-on’ activities! 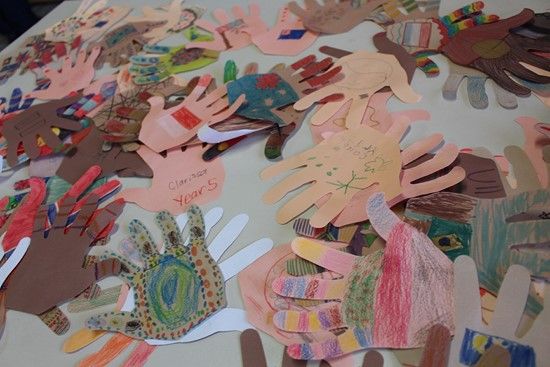 During the storytelling session, children were treated to a wonderful bush parable written by Mrs Dalais, reflecting the parable of the Good Samaritan. The story talks of poor Willoughby Wallaby who suffered a nasty attack from Wedge, the local eagle. Nobody would help him; not the kangaroos, nor a proud emu, nor his own kind; the Wallabies. Then finally, he felt the hot breath of a… DINGO! Willoughby knew dingos were fierce creatures and he was so frightened. However, the dingo was kind and he helped look after him until he was better. Next Year 1-3 had a go using tapping sticks while listening to an interactive traditional Indigenous story. Years 4-6 learnt a ‘rope trick’ from Mrs. James, that she used to share the gospel with people who didn’t know Jesus on the mission field. They reflected on how the early missionaries would have taught Indigenous people about Jesus and how challenging it might have been.

Students enjoyed playing traditional games during the sports session. They practised their hunting skills by throwing beanbags or pebbles at Australian bush animals (pictures on cones!), as well as a rolling tyre to represent moving targets. Younger children also engaged in a javelin throwing competition. Students took part in possum ball activities and embraced the challenge of throwing wooden boomerangs. However, a boomerang that doesn’t come back, is just a stick – we had many sticks thrown that day!

A final treat was enjoyed by all at lunchtime; kangaroo sausages in bread, cooked by Mr van der Kooij and some Year 6 students. It was a fun day and everybody enjoyed learning more about our wonderful Indigenous culture. 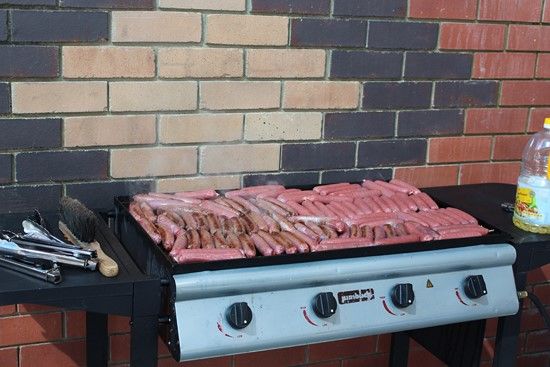 A big THANK YOU to all the Year 6 students for serving and helping out. We were impressed by their initiative and fantastic attitudes! Well done!