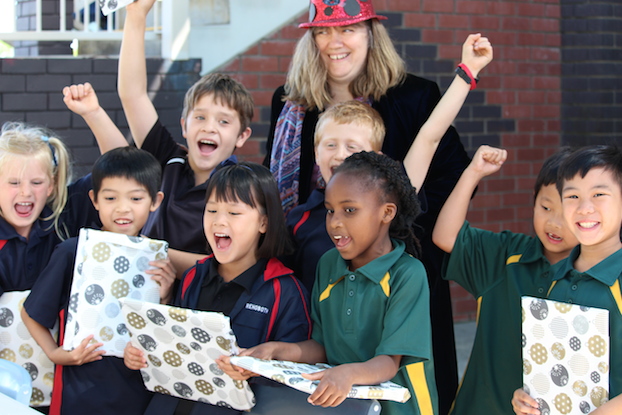 On Thursday afternoon, 19 November, nine talented Bible scholars in-the-making stepped up to the mark to take on their opponents in the annual Junior Bible Tournament. Surrounded by avid enthusiasts, and hosted by our very own Bible Quizzler; Wycliffe, composed of: Joel N, Andre and Sarai; Newton, composed of: Aberly, Shemaiah and Blessing; and Tyndale, composed of: Elijah G, Noah and Claris, answered demanding questions with poise, grace and determination.

The General Knowledge rounds went a little like this: “Take the number of tribes of Israel and divide them by 2?” and “Spell the Word Psalms.”

Round Three: “All about plagues, poxes and ugly looking things” (Quizzler) was most intriguing however; with questions like:

Q. Can you name a skin disease that affected a variety of people?
A. Leprosy! (Newton)

Q. What happened to Eutychus in Troas?
A. He fell out of a window, died and was raised to life by Paul! (Wycliffe)

The biggest question on everybody’s lips though, was “What’s in the box today?” (Answer revealed in the picture above – it didn’t smell too good!).

After an hour of consultation, Race-To-The-Place and Bonus Questions, winners were announced to the excitement and astonishment of their zealous supporters.

The final team point scores were:

Well done to our competitors for your hard work in studying, preparing and confidently representing your house today. You answered the questions exceedingly well and we are very proud of you. Special thanks must also go to the outrageous Bible Quizzler, without whom we would not know the joy to be had in a good, old-fashioned Bible Challenge.