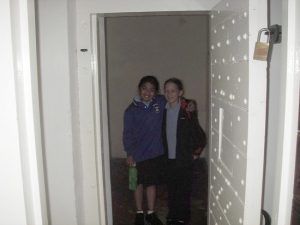 On 27 May, the Kenwick Year 5 class went on an excursion to Fremantle Prison as part of their Society and Environment unit – Convicts and Colonies. We had two tours, the first was aimed at the convict era and the second was about more modern times. The students had the opportunity to walk through the entire Prison and go into the cells and experience what it would have been like in the convict era.

At one point our guide acted as a Prison Guard and had the students pretend to be prisoners to give them the experience of what it was like and had them follow some of the rules of the Prison. Whilst it was fun, the students realised how difficult it would have been back then and some of the hardships the convicts faced.

One of the most interesting parts of the excursion was the stories of how some of the convicts escaped. Some of the attempts were brilliant in the planning and others were outright hilarious. We visited the cell of Western Australia’s very own bushranger, Moondyne Joe, and saw just how he lived in total darkness in solitary confinement, because of his repeated escape attempts. As part of the unit, students had to plan an escape from Fremantle Prison, which was completed in the classroom. What was interesting was that when the guide described some of the escape attempts, some of the students had the same plans. 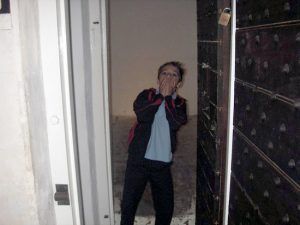 We moved into the exercise yard and our guide gave the students the opportunity to play a game where they had to run to a number on the Prison walls. Maybe a game that was played back then to relive some of the boredom of Prison life.

Whilst on a break between tours, the students had the opportunity to visit the two museums at Fremantle Prison to see firsthand the tools and clothing that were used and worn and to learn in more detail some of the stories of prison life.

After the tour the students had the opportunity to go to Fremantle Park for lunch and play in the playground which they thoroughly enjoyed.

A big thank you to the parent helpers for their help, it was very much appreciated. To cap off a great day was a comment from a teacher from another school that was visiting Fremantle Prison – she asked if she could swap classes because of how well behaved the students of Rehoboth were. Well done Year 5s on your behaviour.